Tuesday was supposed to be a rest day. The plan was to just do some washing, get some shopping in and just laze around the pool. Dad had different ideas though. After an hour spent checking timings and routes he announced that we were heading into the Troodos mountains to visit the Kykkos Monastery and partake in the views. Initially the family were a bit hesitant as we didn’t have the speediest of hire cars and it seemed to be a long journey. 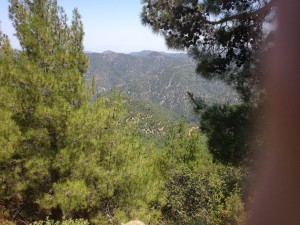 However dad persuaded us otherwise so off we set. The initial run through Polis and onto the Troodos road went uneventfully but as we got higher into the mountains the roads through the villages narrowed. The climbs got steeper and the bends sharper. The car managed extremely well and coped with everything that it had to.

The trip to the Monastery didn’t take long; Ninety minutes of spectacular views and scary roads and precipices. The Kykkos Monastery is placed in possibly the only flat piece of land in the Troodos mountains. The architecture is stunning and the museum is definitely worth paying for. There were some excellent shops run by the Monastery selling very nice wine and a local restaurant that was also run by the Monastery. 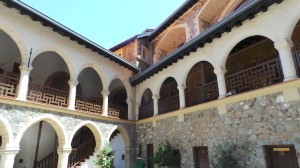 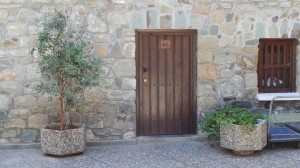 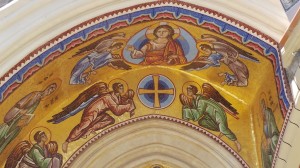 Of interest is the audio guide for the Monastery which is available here [The Monastery at Kykkos Audio Tour]. The drive down from the mountains was just as challenging as the drive up with low gear used most of the way down. Tea that night was Spaghetti Bolognese (Dad Style).

This was a very lazy day. A long lie in followed by time in and around the pool. Dad and Dan went into town and did some shopping and picking up some swimming goggles for Dan.

Tea that night was a meat Meze at a local restaurant in Neo Chorio. About 13 various courses consisting of the best of Cypriot cuisine.