Cyprus – The Journey Out 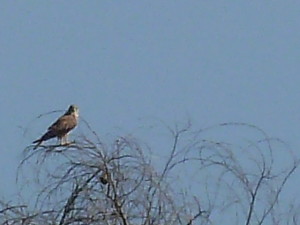 Well, what can we say. The journey should have started uneventfully but the first hurdle was the pre-booked parking automated barrier not recognising the number of the car… 5 minutes with a queue of beeping cars building up behind us.

A very uneventful flight to Gatwick and then a trip to the BA desks to check in our bags. The poor girl couldn’t find our flights and thought that we had missed the Paphos flight that had left a few hours earlier. Once we had explained that we were leaving the next day the bags were taken in to the Gatwick baggage system…

Onwards to the Premier Inn for a meal, drinks and an overnight before the main flight. The rooms weren’t to bad, the drink was fine and the meal acceptable.

Breakfast was OK. WIth our bags packed we vacated the Premier Inn and made our way to the Fast Track security gate. Through security in no time we then hit the shops for perfume and aftershave. This was followed by last minute shopping at Boots. While mum and dad were in Boots, Ben and Daniel were in the middle of an altercation between an alleged shoplifter and Gatwick security. Shopping finished we met up with one of dad’s old work colleagues who joined us for coffee in the BA lounge.

Eventually the flight was called. We had the normal wait to board but got to our seats to find we were on one of the oldest planes in the BA fleet… No in flight TV or entertainment system; just as well we had all charged our Ipads etc (Not). Plenty of food and drink aboard and the the actual flight seemed to take no time.

Getting off the plane at Paphos we felt a blast of heat before going in to the terminal, through a very fast passport control and picking up our bags. The transfer to the villa was waiting and whisked us away to the villa on a journey that seemed to last for hours but was only about 45 minutes. There was a mild panic as dad found the security code for the villa on his Ipad that had 2% battery power left.