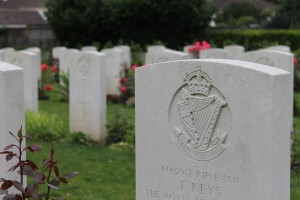 A grand day out on a D-Day tour of Normandy.

We were all up before 6 in the morning for breakfast. With a long journey to Bayeaux in front of us it was best to start with a pile of croissants and Pain-au-chocolat. 90 miles later we arrived at the Place Du Concord in Bayeaux were we were to meet our tour guide for the day.

Our tour had been organised by Overlord Tours. Our tour guide was Bridget. After loading up in to Bridget’s minibus we started out on the journey to our first stop which was the cemetery at Ranville. 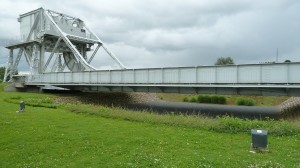 Our next stop was the Pegasus Bridge near Benouville. This was were the first actions of D-Day took place with a daring Glider landing at a strategic location. The guides description of the action and the heroism that day was fantastic. The visit to the Pegasus Bridge Museum was an excellent experience with original documents and personal letters from the soldiers involved. 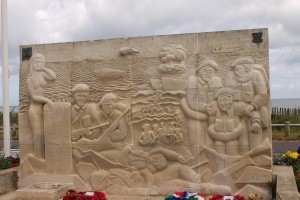 From Pegasus Bridge we drove past the Grand Bunker on our way to Sword Beach. Sword beach was where the British and French landed on D-Day. From here we had our lunch break at a fine establishment in the town. 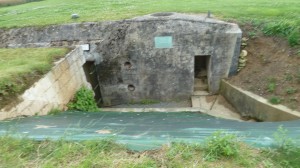 From lunch we drove to the Hillman Battery. This was a German observation post linked to several gun emplacements. From the surface there isn’t a lot to see, but walking around the sight you begin to see the excavations that have taken place and when you go underground you see where the Germans used to live and work, you start to understand what the site must have been like. 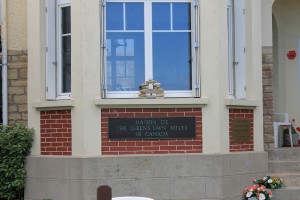 From the Bunker we drove to Juno Beach. The photo shows the first house to be liberated by the sea borne forces. Half of the house is now owned and maintained by the Canadian Government. 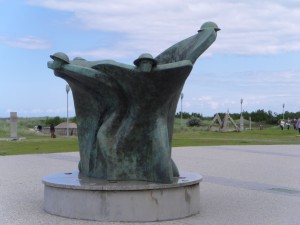 From the beach we moved to the Canadian Museum. The museum has only been open a couple of years and is staffed by volunteers from Canadian Universities. We had limited time here, but could have stayed a lot longer. 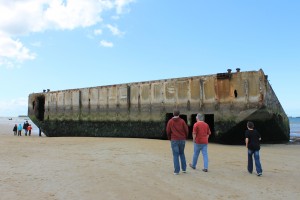 The last stop of the day was at Arromanches. This was this site of one of the Mulberry harbours set up over the first days of the D-Day invasion. Most of the harbour pieces are still around either on the beach or out at sea.

From here we drove back to Bayeaux where we parted company with Bridget and set out to find a place for dinner. After finding a small bistro we had a simple dinner and drove back to the Gite.